CHP equipment are appreciated around the world, being installed in the most diverse environments: the individual spaces to industrial spaces.

The basic components of CHP installations internal combustion are:

The operating principle is the transformation of mechanic energy produced by the engine in electrical energy through a generator. This process uses, as primary fuel – natural gas or biogas.

Thermal energy is obtained using of heat exchangers, by different ways of recovering heat from the exhaust it gases, from the engine cooling system and oil cooling system.

Under the terms of the recovery heat is used in a heating process, total efficiency of a entire system gets/ reaches about 90%.

Simultaneous production of thermal and electrical energy, in cogeneration plants, is considerably more efficient than their separate production.

Efficiency is observed at the amount level of primary fuel used.

Fuel comsumption reduction for energy production entails low costs, and by default, a substantial economy, that contributes to the short period of amortisment.

By installing a cogenerator, the customer will benefit from energetic independence, in comparison to using power and heat from the grid.

Other advantajes of the cogeneration plants:

Cogeneration is appropiate in any application where there is a constant need of thermal and electrical energy:

-       as steam, at various temperatures and pressure

In addition, CHP equipment are appropiate where there is the possibility to produce biogas: in wastewater treatment, at farms, in agricultural area or at the landfills.

B-Team Energy and Environment is the Romanian supplier of 2G Energy, a German company which offers the highest performance CHP units in Europe.

Optimization of 2G products has led to obtain/enhanced more performances – at present 2G equipment on biogas have the highest electrical efficiency on the market. 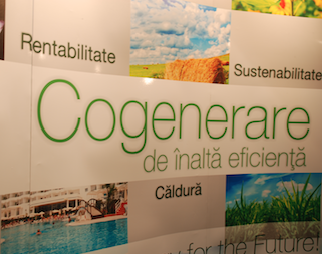 What are the main criteria for sizing a CHP plant?

In most cases, the size of CHP equipment is based on minimum hourly heat consumption, which remains constant throughout the year. [...]